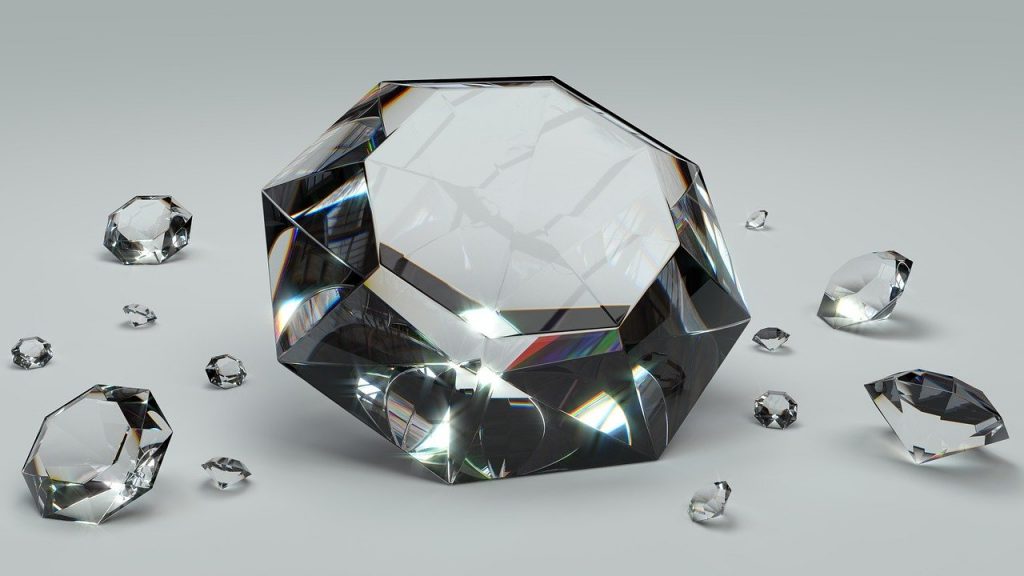 It’s not been a dazzling year for the diamond industry: global demand for gemstones declined in 2019 in the first three quarters. This is shown by a current study by the management consultancy Bain & Company and the Antwerp World Diamond Center. Diamond jewelry is expected to decline in sales by around two percent throughout the year, while rough diamond business is likely to have slumped by around 25 percent.

The sector is particularly troubled by the trade dispute between the United States and China. The conflict unsettles the Americans and diminishes buying pleasure in the US market, which is important for diamond sales. In addition, fewer tourists from China came to the United States in 2019, and a new extra inch of the US-made Chinese jewelry more expensive by 15 percent.

In Europe too, political instability is putting pressure on the consumer climate. According to the study, Brexit and the ongoing demonstrations in France are the main reason for the falling demand for the precious stones.

The weakening diamond market is hurting mine operators. After the mining of rough diamonds reached a record high in 2017, the producers apparently couldn’t get rid of their stones afterward. The unpleasant consequences in the past year were falling prices and falling profit margins. The mining companies now want to counteract this – and stir the drum. Marketing spending in the diamond sector reached a record high in 2019. In total, the producers invested around 200 million US dollars, around 183 million euros, in advertising measures. In addition, the production of rough diamonds has been reduced by around seven percent since 2017.

Despite the marketing offensive and the decline in funding, the study predicts a slow recovery for the diamond market in 2020. In the long term, however, the sector is beginning to stabilize. It is said that consumers see diamonds as a permanent investment, especially in uncertain times. Large producers such as Alrosa, De Beers, or Rio Tinto are therefore striving to keep the mining of rough diamonds stable in the long term. The statistics portal Statista also sees a long-term trend towards stabilizing production and also predicts a slight increase for 2020. According to this, around 157 million carats of rough diamonds will be mined this year.